This is just a reminder that there are 3 workshops happening this weekend in Pine Grove, CA.  We know this is typically a busy weekend for people, but if you have some free time to spend on yourself before Sunday we think you will enjoy these workshops.  It might be fun for you to finish the month of March with a life changing experience.


Some people dream of studying Traditional Chinese Martial Arts (TCMA), including Tai Chi and Qigong, in China, but don't know where to start.  When I was planning to go to China to study TCMA I didn't have anyone I could turn to for advice about where to go or what to expect.  I literally just found a website for a martial arts school, saved up money by working while in high school and jumped on a plane three months after turning eighteen.  It was a very exciting adventure, but unfortunately the school I went to, in spite of having good martial arts training, was not a very good school in other respects.  Even though I learned a great deal, and I still think fondly of my time training there, I wish I would have known that there were other schools that I could have attended.

The second time I traveled to China I decided to go to Kunyu Shan Shaolin Martial Arts Academy, a school about which I had heard good things.  When I first arrived I decided I would only stay at Kunyu Shan for a week to see if I liked it, and at the end of that week, if I was not impressed, I would go elsewhere.  The first day I was there I just observed classes to see if they met my expectations.  The first class I observed was a Qigong class taught by a distinguished looking master that everyone called Master Guo.  By the end of the class I was very impressed, and by the end of the week I was hooked.  The training, the environment and, most importantly, the masters were exactly what I was looking for.  I had never met such devoted martial artists in all my life up to that point.  I ended up staying at this school for a year, studying under Master Guo, and by the end of the year I didn't want to leave.  I only wish I had known about Kunyu Shan when I was planning my first trip to China.

If you have a dream of traveling to China to study TCMA, but are not sure where to start, take heart.  It is easier than you think to get there.  The school I attended during my second trip, Kunyu Shan Shaolin Martial Arts Academy, is an excellent place to train and I would recommend it to anyone who is interested in studying in China.  The training is top-notch and it is a truly life changing experience that I think everyone should try at least once.

Below are some pictures of the Kunyu Shan Shaolin Martial Arts Academy.  More information is available at www.chinashaolins.com.  If you have any questions about attending this academy I would be happy to help in any way that I can.  You can also contact the academy directly by clicking here. 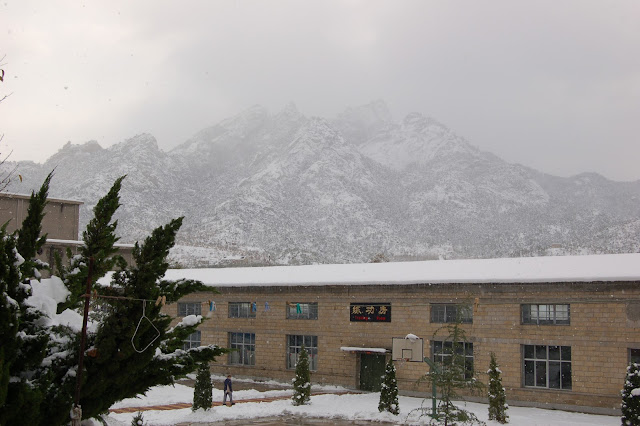 This is the main training hall during a winter snowfall which makes the academy, as well as the surrounding mountains, look like a winter wonderland. 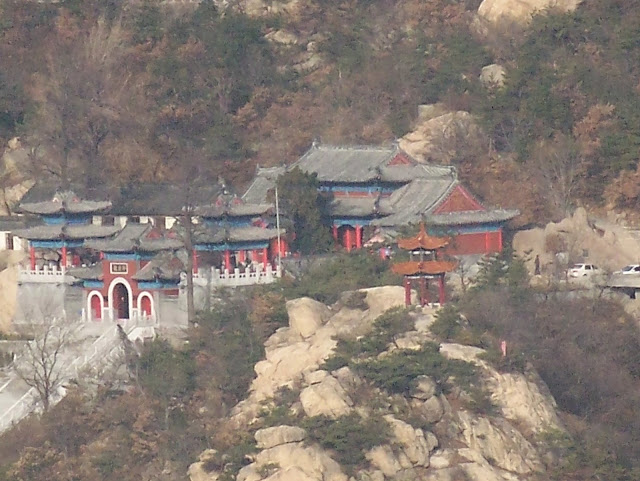 This is the Daoist temple that is a very short distance from the academy.  Students trained here at least once a week while I was at the academy. 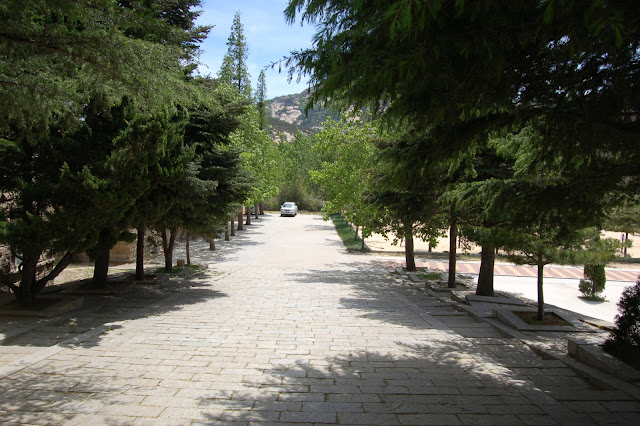 This is the walkway from the dorm area to the dining hall and the main training hall. 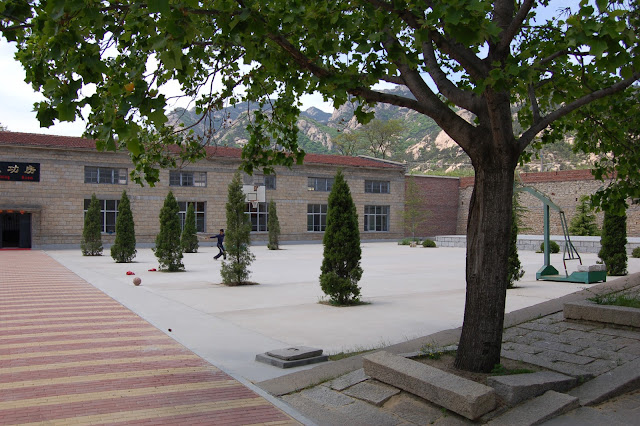 This is the training courtyard in front of the main training hall.  This is where a lot of training is done during the warmer months. 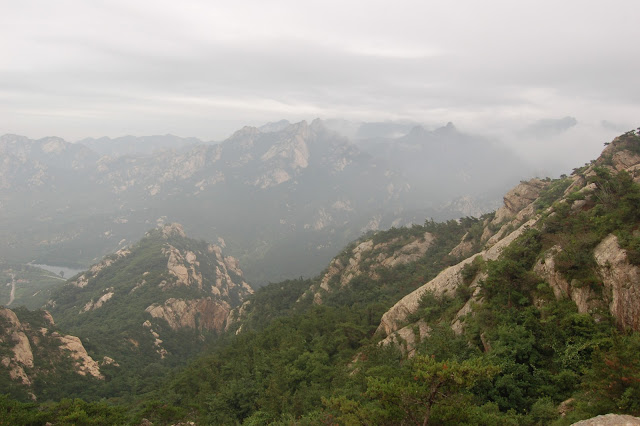 This is a picture of some of the mountains that surround the academy. 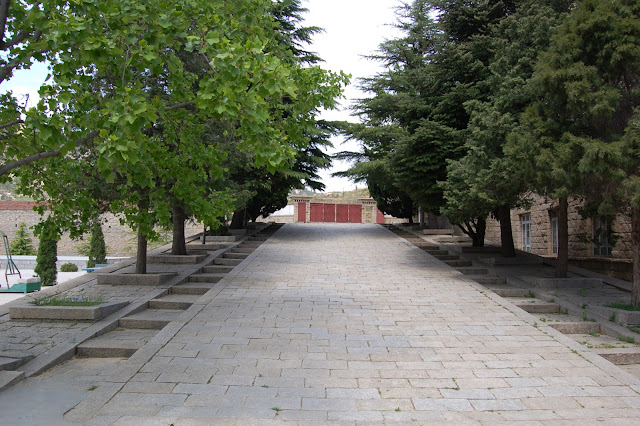 This is the walkway to the main gate and to the dorm area from the dining hall and main training hall. 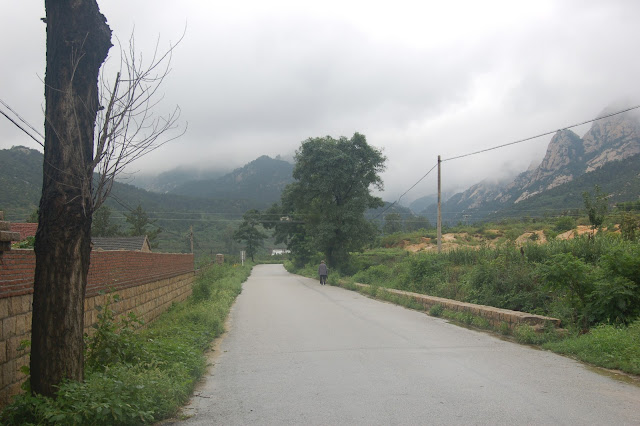 This is the road outside the academy that goes to the Daoist temple and to a national park. 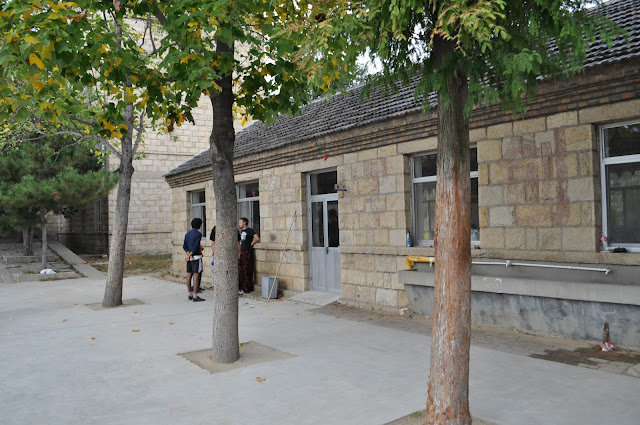 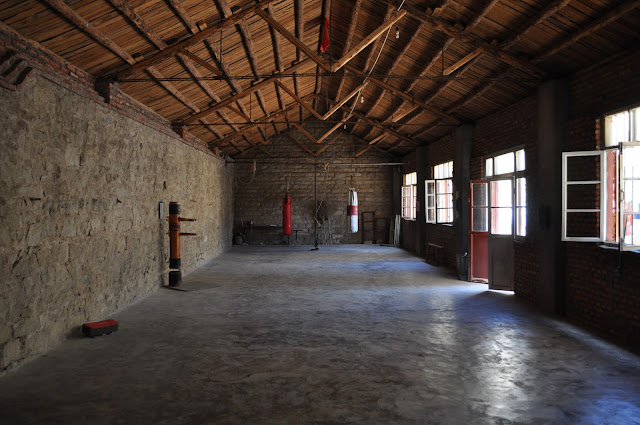 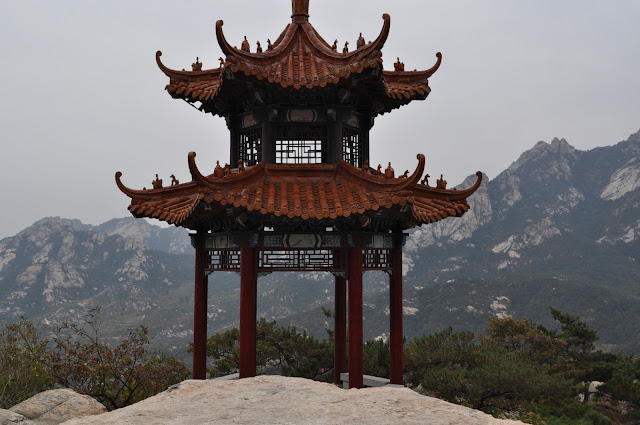 A pagoda at the Daoist temple 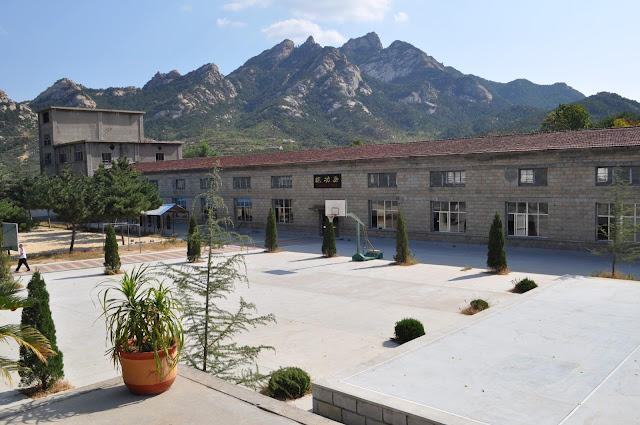 A picture of the Main Training Hall in sunny weather. 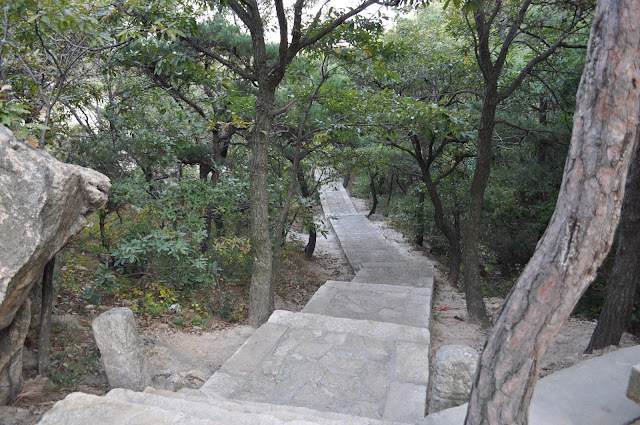 Part of the path from the Daoist temple to the top of the mountain. 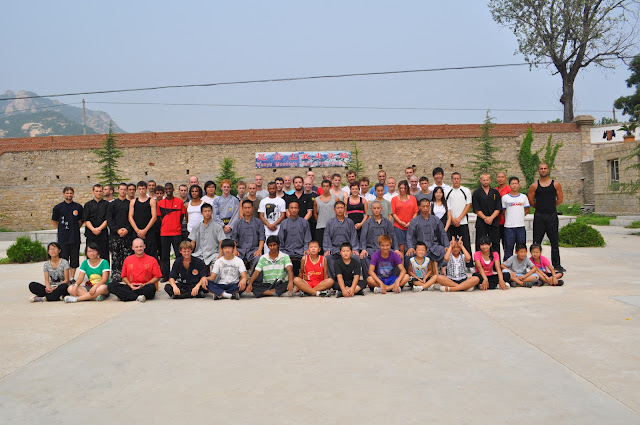 This is a picture of all of the masters and students who were attending the academy during my last few months there.

I hope you have enjoyed these pictures, and if you are someone who is looking to train in China, I hope this has made things a whole lot easier on you.

To Your Health,
Shifu Andrew Plitt
at 9:01 PM No comments:

A Video Montage of Our Ba Duan Jin Qigong Workshop

On January 12, 2013 Shifu Plitt hosted a Qigong workshop where he taught the "8 Pieces of Brocade" Qigong set (also known as Ba Duan Jin Qigong).  Below is a short video with clips from various parts of the workshop.  For those of you who have been considering attending a workshop, this will give you some ideas of what to expect.  We hope you all enjoy it.

If you are interested in attending a workshop please visit our Workshop and Seminars page to see when the next workshop is scheduled to take place.

Here is some very exciting news.  Shifu Andrew Plitt has just published his first book titled Five Animal Exercises Qigong: Deer Set.  This book is meant to accompany the workshops that Shifu Plitt teaches on the Deer Set of the "Five Animal Exercises Qigong" (also known as Wu Qin Xi Qigong), but it can be used by anyone to  learn these health promoting exercises.  This Qigong set has been practiced in China for hundreds of years to help strengthen the kidneys and urinary bladder through movements that massage these organs, while simultaneously activating these organs' meridians.  This passive activation of the acupuncture points on these meridians offers a more comfortable option to the direct stimulation experienced in acupuncture or acupressure.


You can read more about this new book and order it:
https://www.createspace.com/4118652 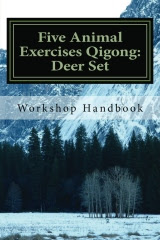 World Tai Chi and Qigong Day is coming up at the end of April and we are getting very excited about this event.  We have another wonderful announcement about Amador County's 2013 World Tai Chi and Qigong Day celebration that we would like to share with all of you.  The wonderful Marilyn Nutter, who teaches Chi Movement meditations every Wednesday at 6pm at Sophia's Well of Wisdom in Sutter Creek, has agreed to lead one of our 30 minute workshop/seminars.  She is a very wonderful lady and we are sure that everyone that attends her workshop will thoroughly enjoy it.

If you have any questions about Amador County's World Tai Chi and Qigong Day please feel free to contact Shifu Plitt.
at 12:21 AM No comments: 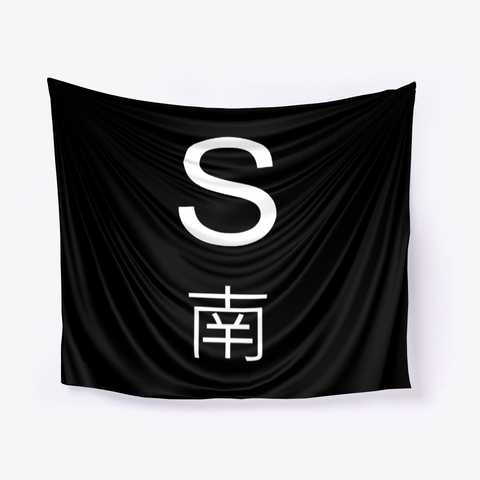